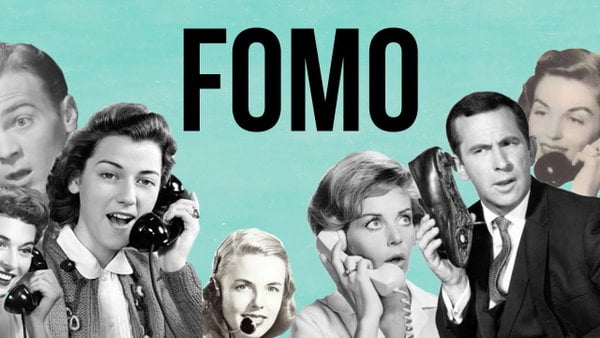 Thanks to Merlin’s Magic Wand we got tickets for Legoland and planned to go in half term (yes, yes, I know, not sure what I was thinking here…………)

So, on Friday morning we set off……full of enthusiasm and smugness that we had left late enough to miss all the horrific traffic on the M25.  Here is a picture of me and Theo (i’d been relegated to the back of the car by boy number 1), as we trundled off down the A11.  You can see I’m looking very hopeful about the day’s events. Theo, admittedly looks a bit bemused by the whole affair.

I posted this picture on Facebook – not sure why, I don’t think I really needed to, but was excited about doing something ‘normal’ as a family! This is the only picture I took that day and there was a reason for that.

5 hours later we were still in the car, the M25 was closed and I was losing the will to live.  Poor Monty was being so patient. As we finally hit the M4, I was close to tears, stressed and to be honest, couldn’t be arsed anymore.  This wasn’t how it was supposed to be!  My visions of a perfect, seamless family day out were in tatters and we hadn’t even got there yet!

Finally, we got there at 3.00pm, and had to queue for our tickets. Of course, right next to the ticket collection point was the ‘Big Lego Shop’ (FFS Legoland!!!!) which Monty became transfixed on.  This led to constant bleating’s of ‘When can we go the Big Lego Shop’ x 10, every 5 minutes…………we hadn’t even got in the bloody gate! Once Monty has an idea in his head, it’s virtually impossible for him to digress.

Forging forth, determined to make the most of the day, we went to Miniland…………. Monty rather liked this, so much so, he forgot about asking to go the ‘Big Lego Shop’ for at least two minutes. Theo at this point was squeaking and writhing, determined to get out of the buggy.  We got him out and he ran off like a shot, Usain Bolt style……….with me trying to catch up with him as he circled Mini Lego Venice. It was like something out of the Benny Hill Show…..

We then wrestled Theo back in the buggy and wailing ensued – the next port of call was ‘Duplo Land’ which I had high hopes for.  There were some rides which looked quite innocent and thought Monty would like them……. whenever we saw one, I’d cheerily pipe up, ‘Do you want to go on the teacups….’……….

Duplo Land was salvaged by the adventure playground which both enjoyed – but I just couldn’t get into it, I was so sad that Monty didn’t care about the rides, or Ninjago world, or the Fire Academy. Whilst it seemed the rest of the families were having a blast, exploring and reveling in all that was on offer, I felt flat and disappointed.

We caved and went to the ‘Big Lego Shop’……and after battling through the crowds, the queues and Monty’s inability to decide what he wanted…………we emerged from the shop feeling dazed and somewhat frazzled.

Next, we queued for 20 minutes to get an ice-cream.

Thankfully Legoland opened late as there were fireworks and we stayed to ‘ooh and aah’ over a ten-minute (albeit quite impressive) display.

It took us an hour to get out of the car park and we got home at midnight. The day had certainly not gone as planned, it was stressful, and we had lots of hic ups on the way. I was mortified that the scenario I had in my head about the day, wasn’t reality. The day we had been looking forward to so much seemed like a failure.

Whilst I am a firm believer in exposing him to new opportunities and experiences, it has taught me that he is quite a simple fellow. He would have got the same amount of joy going to the park and getting an ice cream on the way home. As my lovely Mum always says to me……” Keep things simple….”

But in my mind everyone else’s family was having a fine old time. All I saw was cheery faces, squeals of delight and happy children. Except how do I know that is their reality? It was just a snapshot of people walking passed us……they probably thought the same about us.  After reading a few reviews about Legoland on line the next day, it seems not everyone found it as enjoyable as I’d imagined.

This is one of my downfalls, I feel so inadequate when I look at pictures on social media of families doing this and that – when all I can muster that day is curl in a ball and read Mumsnet. Sometimes it seems that everybody else’s life is far more fulfilling than my own, their weekends are more exciting, their children are better behaved, their social life is better. But that’s what comes with looking on Facebook and Instagram…. it’s FOMO (Fear of Missing Out) …………….

Take my photo that I posted on Facebook when we set off to Legoland.  I look happy, excited and no-one would know that 5 hours later I was close to a nervous breakdown.

Monty’s pediatrician said to me once…..”If you start excepting that this is your reality now, things will become a lot easier”.  He is right of course, but it is painful when you believe everyone is having a better time, or being a better parent than you.

But I think it is about being honest. I am very candid about how hard I find this journey – I am honest about how motherhood can be very frustrating, scary and bloody hard. I celebrate the good bits (of which there are many), but with that talk openly about the bad bits. Unfortunately not everyone is the same, which is unfortunate because life isn’t a series of filtered to f*ck Instagram posts. I often hear parents saying “Why is it always my child that has a tantrum in public….people must think I’m a terrible parent…”. It’s not and they don’t, not everyone is honest enough to admit the hideous parts.

Finally if any of you have been to Legoland before and was left less than thrilled with the experience, I recommend reading this.  It truly had me crying tears of mirth…………………………….