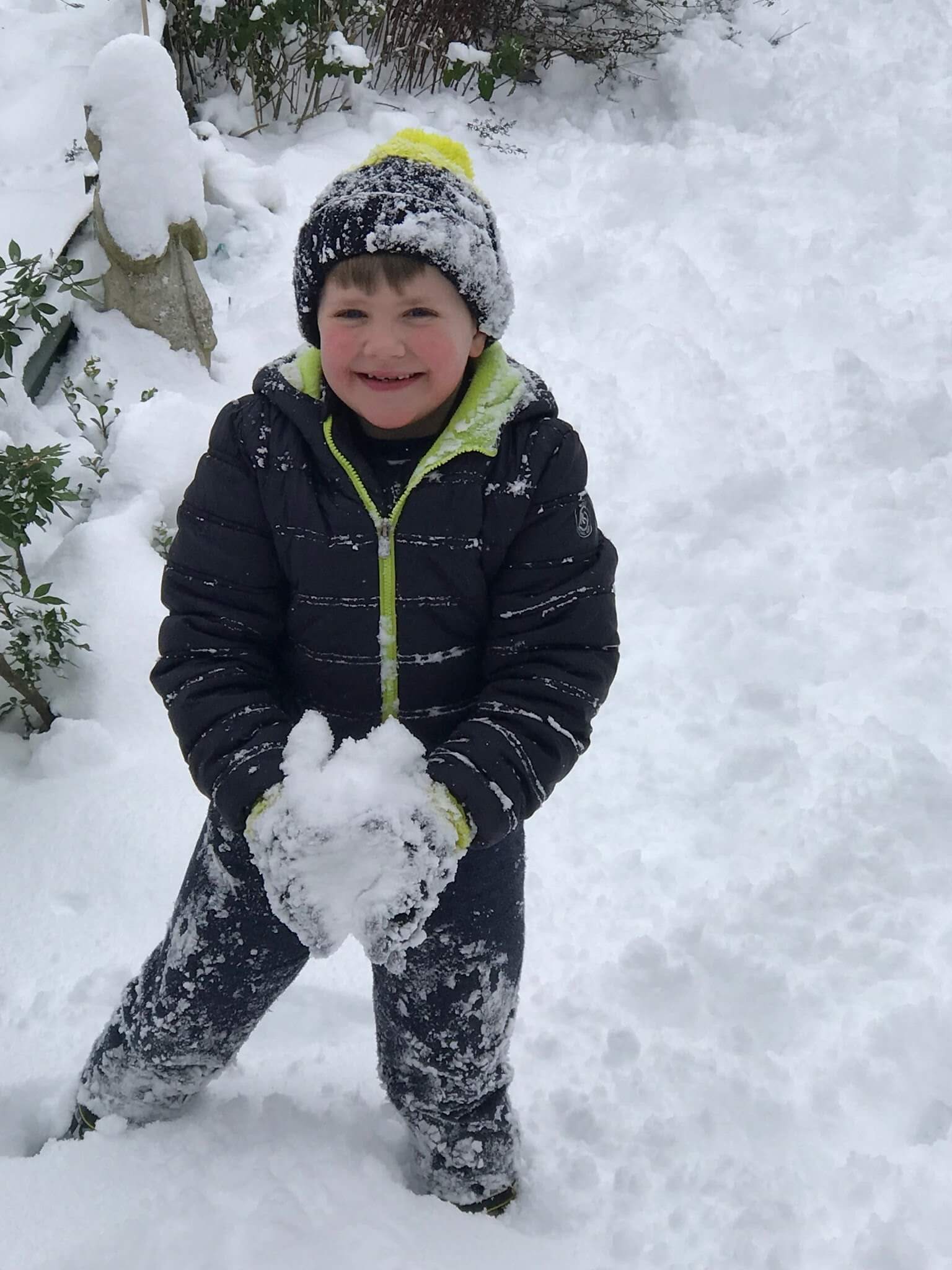 I fear I am turning into a grumpy old fishwife.  It’s day two of school closure today. Yep, another ‘Snow Day’…………………..at this point I should be going ‘whoop whoop’, like everyone else on social media.

Except I’m not!!  I’m starting to wonder what’s wrong with me. Whilst everyone else (it seems) are posting fabulous snowy pictures, epic creations and sledging escapades, I’m waiting for the white stuff to bugger the hell off.

Am I the only one? I feel like a right misery. It’s pretty and all, but I think I may be a stickler for routine and these last two days I feel all at sea! Plus, I’m sitting inside with a woolly hat on, two pairs of trousers – I feel all trussed up like a Christmas ham. I’m wanting to get back to ‘normal’!!

It was my birthday yesterday and I didn’t get to do the things I had planned. That’s ok, life happens, snow happens………no biggie. But the problem was Monty was so confused and out of ‘kilter’ with the lack of routine, it was quite a tough day! We did go out in the garden and have a snowball fight but lord, it was perishing!!! I wasn’t prepared for these conditions, so Ugg Boots and a Leopard print coat didn’t really cut the mustard in terms of warmth!!

Theo was beside himself with fear!  He wasn’t a great fan of the snow. It didn’t help that when we put his wellies on he thinks he’d going to the park, so he was wailing and pouting at the front door for a lot of the day!

So, by about midday I was just about ready to lay down in a dark room………….

By the time the kids went to bed, I must admit I was a little blue (as in mood, not frozen…. although I was a bit). I just felt like an unimaginative Mum. The day hadn’t planned out how I had imagined it would. I tried to build a snowman with Monty, but he wasn’t having any of it. He just wanted to pelt snowballs at me, namely at my bottom which he felt was highly amusing.

Theo had been up since 4am and was refusing to nap. Hence a very tired and grumpy toddler. He wasn’t partial to the snow as it’s the first time he’s seen it and couldn’t fathom what the hell it was.

Monty did a bit of sledging, but I don’t think he was that keen. In the meantime, I was looking pictures and videos on social media of children blasting down big hills, huge snowmen……………and I feel sad that mine didn’t want to do it.

But I suppose I can’t force them to do it, encourage, cajole to try something new…. yes, but ultimately you can’t fit a square peg in a round hole. This is the thing about being a parent of autistic children. You can have in your head, big plans of grandeur about how the day will go, and when it doesn’t work out, you kind of wonder why and what you’ve missed out on.

But I’ve learnt that you must go with them and what they feel comfortable with. I’m not saying not to try new things, but just accept sometimes new things are just too difficult to face at times.

Just because the ‘snow day’ wasn’t how I imagined it to be in my head, doesn’t mean Monty didn’t have a nice time. I think he did and within the limits he felt comfortable with. Which is the most important thing.